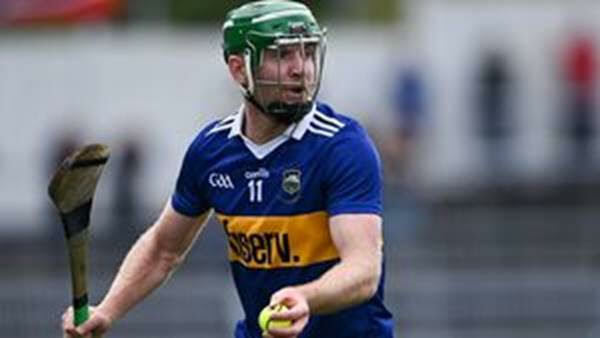 VISION: Noel McGrath's vision and his wrists are his greatest assets, sometimes turning the course of the game so quickly and subtly that you need to rewind the tape to fully give him credit. Pic: Piaras Ó Mídheach/Sportsfile

It’s been very enjoyable leafing through All On the Line, the new autobiography by Padraic Maher. Written with Michael Moynihan of this parish, it’s an ideal stocking stuffer for the sports fan in your life. A frequent touchstone throughout is the ‘06 minors’, the Liam Sheedy-managed Tipperary team that beat Galway – spearheaded by a young Joe Canning – in the 2006 minor final.

The team featured Paudie at full-back and Brendan Maher at corner-back; Seamus Callanan came on as a sub in the final, and a 15-year-old Noel McGrath was a member of the panel. The following year, Bonner Maher joined them when they put two titles back-to-back. These five remarkable players have been key to Tipp’s last three senior All-Irelands.

It’s astonishing that 2023, as has just been announced, will be Noel McGrath’s first year as captain of the Tipp senior hurling team. It speaks to the quality and endurance of Tipp’s golden generation that his turn has not come before now. Though it seems as if McGrath has been around forever, he will turn a relatively sprightly 32 next month.

He has been Tipp’s constant for the last near-decade and a half. He missed the early part of the 2015 season due to cancer surgery, but still came on in the semi-final against Galway and snagged a point. A light, nippy corner-forward when he first came on the senior scene in 2010, he has reinvented himself in recent years as a floater and distributor in the middle third, with possession stats that must be through the roof.

For the general hurling fan, he has consistently been one of the most interesting players to watch in the hurling championship. His is a quiet, unshowy genius. His vision and his wrists are his greatest assets, sometimes turning the course of the game so quickly and subtly that you need to rewind the tape to fully give him credit. When I think of Noel McGrath, I think of the 'Two Handpasses' – one in the 2010 All-Ireland final, one in the 2016 decider. He has managed to turn this most banal and maligned of hurling skills into an artform.

The first of these is now quite famous. Tipp, who have been leading all match, now have Kilkenny breathing down their necks, just a point behind. McGrath catches a Gearóid Ryan clearance on the edge of the D with his back to goal. It looks as though he’s going to offload to John O’Brien, available to his right, for a handy point. Instead, he turns and drops a long handpass into Lar Corbett’s path, who has, in typical Lar fashion, slipped behind enemy lines. The rest you know.

The second is more under the radar. In the 60th minute in the 2016 final, Tipp are six points ahead. With characteristic coolness, McGrath intercepts a sloppy handpass out of the Kilkenny backline, knocks it into his hand, and palms it to his brother John on the edge of the square, who buries it. Ninja stuff.

2022 was an annus horribilis for Tipperary, the disappointing championship showing paling in comparison with the loss, later in the summer, of Dillon Quirke. In facing into a new season, it makes perfect sense to have a figure like McGrath at the helm. Some of those 06 minors – Paudie and Brendan Maher – have stepped away; Callanan and Bonner are still there, though have struggled with injury in recent years.

In 2022 for the first time, McGrath lined out without any of them around him. He must have felt like the last man standing. From a Tipp perspective, maybe he can be the one to steady the ship.

Notice of the 36th AGM of Tipperary Supporters ClubA Cha...