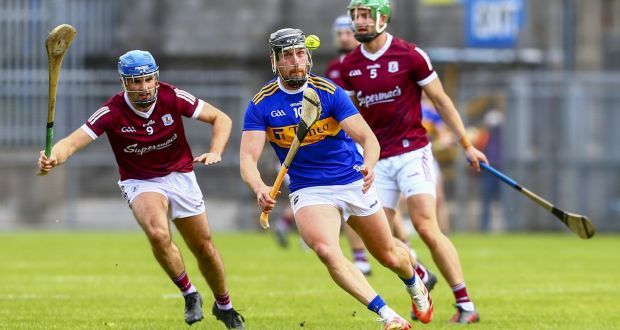 Published: over 1 year ago

Tipperary finished strongly secured their first win of the Allianz League after a good encounter at Semple Stadium.

It’s Galway’s first defeat of the campaign, having made nine changes to the side which ended Limerick’s 14-match unbeaten run last weekend.

Tipperary suffered a double blow prior to the match with confirmation that Patrick ‘Bonner’ Maher is out for the season with an Achilles injury, while his Lorrha clubmate Brian Hogan missed this one through concussion and was replaced by Barry Hogan between the posts.

Tipperary led by 1-4 to 0-3 by the first water break, with Jason Forde getting the goal after six minutes when he worked his way in from the right after an overhead pass from Noel McGrath to shoot home Tipp’s first goal of this league campaign.

Galway struggled to make headway up front and were dependent on frees from Joe Canning, lining out to good effect in midfield, but Tipperary pulled away when Forde this time set up Noel McGrath for their second goal to lead by 2-7 to 1-6 after half an hour.

But Galway finished the half strongly. Kevin Cooney, Joseph’s younger brother, became their first forward to score from play as the Tribesmen reeled off five points in a row to trail by 2-7 to 0-11 at the break, with the slight breeze behind them after the restart.

Efforts from Conor Whelan and Conor Cooney drew Galway level after the break but Tipperary took a 2-11 to 0-16 lead into the final quarter when Forde took his haul to 1-3 with a free from distance.

Forde doubled the lead from another free as both sides emptied their benches in the final quarter and then Ronan Maher put a goal between them with a superb point from distance on the left.

Johnny Coen cut the gap from midfield but almost immediately Forde responded with another free to take a goal lead into the final six minutes.

Two points from substitute Evan Niland cut the gap to the minimum but in between another sub Ja Mannion was sent off after an off the ball incident with Cathal Barrett.

Tipperary pushed on from there and a couple of points Michael Breen helped seal their first win of the campaign.