Could the record books be a guide to the 2021 All-Ireland Hurling Championship? 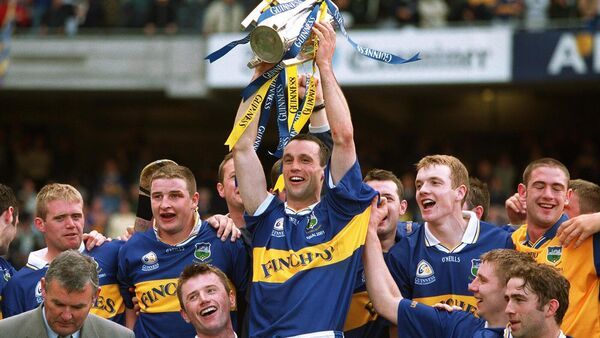 The superstitious type, of which there are enough in Tipperary, will point you towards the success of the county’s senior hurlers in years ending in the number one.

With the exception of 1981 when Limerick ended their summer after a semi-final replay, the Premier County have won the Munster SHC in the second year of every decade going back to the foot and mouth delayed final victory over All-Ireland champions, Cork, in 1941.

They claimed All-Irelands in five of the seven championships after that.

In terms of All-Ireland finals, 1941 and ‘81 were the only years ending in one that they did not feature (before 1941, no final in a year ending in one was played in that year).

If that record is enough to convince Tipperary’s following that their classy but aging group can deliver another All-Ireland, wait until next year when Kilkenny’s numerologists will look to do a six-in-a-row of Liam MacCarthy Cups in years ending in two going back to 1972.

Outside of Kilkenny and Tipperary, such omens aren’t as obvious among hurling counties. Cork won five All-Ireland SHCs in both championship years ending in four and six but they have claimed seven Munsters in an SHC year ending with six, two more than their achievements in those ending in four.

It’s 80 years since Cork last won a “one” All-Ireland but there may be some solace for their fans who will remember the last time Clare and Waterford opened the Munster campaign and Cork faced Limerick in a semi-final was in 2004 when they lost the provincial final to Waterford but later claimed their 29th All-Ireland.

And what links then and now? A one Donal O’Grady involved in the management team.

Beating Tipp as they did 40 years ago and winning the 1921 All-Ireland, Limerick won’t have any fears about this year. However, it’s in the zeros where they have been most successful, annexing four Mackey Cups.

All four of Clare’s All-Irelands have come in different end years — three, four, five, and seven — although given their Division 1 title came in 1977 as did their third Liam MacCarthy Cup and their one and only All-Ireland minor triumph 20 years later so seven might be considered their luckiest number.

Seven is just as fortunate for Galway who have annexed two of their All-Ireland SHCs in the year ending with it, the 2017 crown ending a 30-year famine and linking Gearóid McInerney and Joseph Cooney with the feats of their fathers Gerry and Joe.

Dublin’s best hurling years were also in the sevens in the 1910s and 1920s and to ascertain Waterford’s most fortunate it is a straight shootout between eight and nine as they were the years ending their two All-Ireland SHC successes.

But they claimed two Munsters in eights while they also reached the final in 2008.

With two Leinsters and one of their four All-Ireland SHC crowns coming in a year ending in four, Offaly’s was a straightforward find.

They last competed in a Leinster senior hurling final in 2004 when they lost to Wexford who won two of their six All-Ireland SHCs in sixes as well as three Leinsters and a National League.