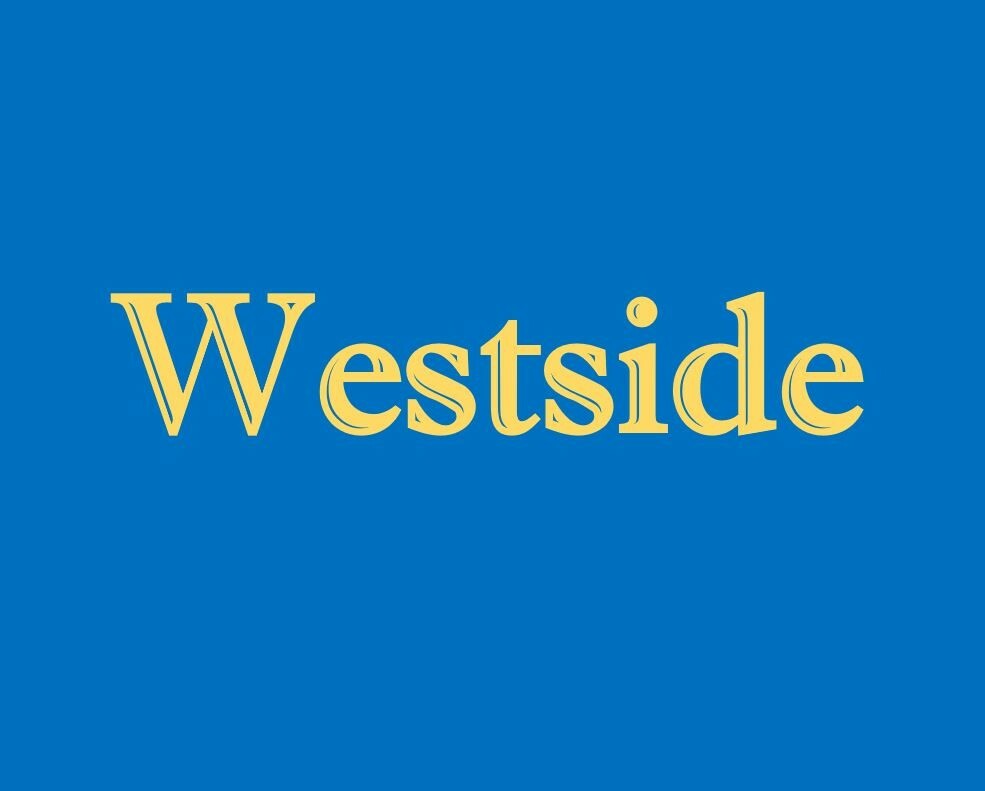 With the green light being switched on this week for collective inter-county training, Liam Cahill’s announcement of his forty-man panel has stirred debate among the fans. The new management has put its mark on events with significant choices being made around who’s in and who’s out.

Panels always remain fluid and flexible with room for additions and subtractions as events unfold. As an opening gambit this is an interesting selection for what is essentially a rebuilding programme after the annus horribilis that was 2022.

At one end of the spectrum, it’s interesting to see long-servers like ‘Bonner’ Maher, Seamus Callanan and Noel McGrath still on board. Clearly the management wanted to avoid a clean-out of the older element and opted instead for a mix-and-match formula of the old, the young and the in-betweeners.

It’s probably wise to retain some iconic names who can have an influence on the up-and-coming players, even if their on-field contribution might be limited. Noel McGrath’s leadership last year singled him out as an ideal candidate for the captaincy. He’s done it all but continues to show an almost boyish enthusiasm for the game; as an exemplar of all that’s best in the sport you won’t find better anywhere.

‘Bonner’ Maher and Seamus Callanan have back catalogues of major achievements too and their appetite for more probably reflects the enduring attraction of the game: many players find it difficult to step away, even (especially?) after long careers.

The absence of ‘Bubbles’ O’Dwyer from the panel is surely the final call on a career that won so many admirers. There are grafters and there are the gifted and ‘Bubbles’ was very much in the latter category.

I guess people were watching for the omissions from the panel as much as the newbies who were named. Brian Hogan’s opt-out because of travel plans leaves Barry Hogan in undisputed charge of the number one slot and clears the way for Rhys Shelly to come in as his understudy.

The exclusion of the Flynn brothers from Kiladangan has been remarked upon, especially Alan who had seen more service as a utility player whether at half back or midfield. A modest club campaign probably didn’t help.

With injuries keeping Barry Heffernan and Craig Morgan on the side line for the present, there were no major surprises with the other omissions. Jerome Cahill’s decision not to commit was probably expected, which won’t lessen the disappointment, though we have to also acknowledging the personal choice involved here.

As an underage manager in Tipperary Liam Cahill was noted for the extensive scouting he undertook to find hidden talent. That’s evident once more in this panel with the wide spread of clubs that’s represented. Not everyone will be that familiar with some of the names such as Cian O’Dwyer (Clonakenny) , Joe Fogarty (Moneygall), Conor McCarthy (Nenagh), Johnny Ryan (Arravale Rovers) or Shane Neville (Cratloe). Gavin Ryan is there on the back of solid half back play for Upperchurch in their great odyssey this year. Jack Ryan (Clonoulty) is Declan’s son but didn’t feature at underage level; he’s come in as something of a late developer.

In one sense, Liam Cahill has stayed loyal to players he had at underage level, clearly admiring qualities that he feels can be worked upon. Having a Cratloe player on a Tipperary team sheet looks strange. Shane Neville’s dad, Tom, hails from the Banner. He came to Tipperary as a Garda and Shane developed his hurling with Lattin/Cullen. Just like Tipperary gave Cratloe and Clare an Allstar in Conor McGrath whose dad, Joe, is a Toomevara native.

Johnny Ryan is another who crossed paths with Liam Cahill at underage level. He captained Tipperary minors to a Munster final win in 2018 and then progressed onto Cahill’s U20 side that won the 2019 All-Ireland final. Several others from the present panel were part of that success as well, such as Conor McCarthy, Eoghan Connolly, Paddy Cadell, Bryan O’Mara, Ciaran Connolly, Gearoid O’Connor, Andrew Ormond, Conor Bowe, Kian O’Kelly, Jake Morris and Joe Fogarty. Craig Morgan and Jerome Cahill were also central to that team.

For the previous year when Tipperary won the last U21 All-Ireland Cahill had others like Barry Hogan, Podge Campion, Mark Kehoe and Conor Stakelum on his successful side. A very significant cohort of the present panel, therefore, were Cahill proteges, which has to be an item of encouragement ahead of this new era for the team.

One of the disappointments in recent years has been the failure of Liam Cahill’s underage winners to develop into seniors. Now the new manager has to a large extent gone back to those players in a bid to revive the county’s fortunes. In truth there was no other option.

As underagers Cahill certainly inspired those players to play to their full potential. The trick now will be to replicate that process at senior level. It’s going to be a tough task.

Meanwhile, County Board deliberations during the past week saw clubs opt for an U21 grade in 2023 for both hurling and football. This year the divisions did a solo run and organised U21 championships without the county series. It was inevitable, perhaps, that the county competitions would be reinstated.

It’s yet another element of the consequences that are a direct spin-off from the decision to drop the minor age to U17. There is no agreement as to what grades are best to span the gap from U17 to senior and that conundrum will remain while the minor stays at its present age bracket.

There’s now a ridiculous proliferation of grades. The clubs will play U17, U19 and U21, while the inter-county stays at U17 and U20. Factor in ‘B’ levels, then double-up for hurling and football and you have a fixtures nightmare. It’s crazy.

This year Holycross won the county U17 and U19 hurling titles with mostly the same team; ten players were common to both sides. That’s not the fault of Holycross who fully deserved their successes after some hard-to-take defeats in previous years. The problem is that the age grades are too close. This issue needs resolving but it won’t happen while the minor stays at U17.

Elsewhere the Munster club championship enthralled followers on Sunday with a pair of televised semi-finals that brought compulsive viewing to the public. Ballyea sneaked home at Ennis against fourteen-man St. Finbarr’s, while Ballygunner put on a powerful second half showing to dismiss Na Piarsaigh at the Gaelic Grounds.

There was a touch of controversy in the first of the semis when Conor Cahalane was dismissed early on by Tipperary referee, Michael Kennedy. I don’t see what the fuss was about. When you make contact with the head area like that it’s a red card every day.

On the other hand it was difficult to see how that late ‘65’ could be awarded unless the cameras are lying. I guess justice was done with Ben Cunningham’s miss, though it was tough luck on the player who did more than most to get his team into that challenging position.

The game at the Gaelic Grounds was a real winter cracker full of high intensity, big hits and some quality hurling. Mind you, the refereeing was poor with many blatant fouls being ignored and then some trivial ones awarded. But ultimately fans were left marvelling at the hurling contest, which was some spectacle.

I wouldn’t have given much for Ballygunner’s chances at half time. They were out-battled and out-hurled in that opening period. Na Piarsaigh went at it with furious intensity and the Waterford champions seemed well rattled. Even Pauric Mahony faltered on frees and it seemed that the Limerick champs had this one by the throat.

A lesser side than Ballygunner, I suspect, would have buckled. But champions are winners for a reason. They’ve learned how to cope with challenges like this. They kept to the process, said Pauric Mahony, in another run-out for that modern-day cliché. What he means is they didn’t panic or change tack. They just upped the effort and kept playing the game they know, confident in the knowledge that it would reap reward eventually. Na Piarsaigh effectively blew out in the second half.

Mahony was outstanding. I love his understated, unfussy style of play. Several of his points were off his weaker left side. On a day when Dessie Hutchinson was muted, others roared, such as Patrick Fitzgerald with the most important goal of the day. It was one of the most complete half hours of hurling I’ve seen from Ballygunner and already thoughts are starting to turn to a re-match with Ballyhale Shamrocks. Ballyea might have other ideas but I doubt it.

Finally, after my stringent comments last week about the need to stamp out match-day violence of all sorts it’s deeply disappointing to hear of yet another flashpoint making news. The abandoning of that U17 football game at Clonmel, involving Swans and Cahir, makes sad reading. I can’t comment on the details, though obviously the referee saw enough disturbance to call a halt with just a few minutes remaining. What’s the betting someone will claim it was all exaggerated.