'Ice in the veins': How Tipp stopped Kilkenny's drive for five 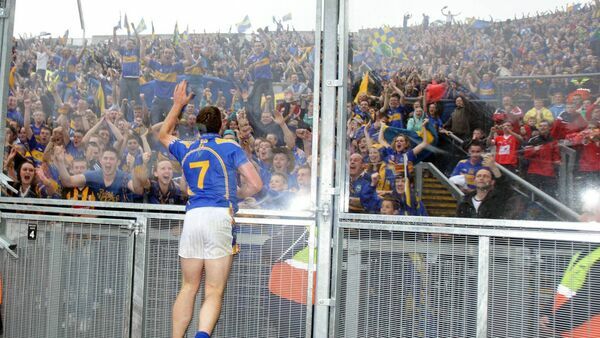 Padraic Maher is one of the greatest hurlers of his generation and an icon in Tipperary. Winner of three All-Irelands and six All-Stars, he was one of Tipp’s key men for over a decade — detailed to mark some of the biggest names in the game. In this exclusive extract from his autobiography, he takes us behind the scenes as Tipp count down to their epic 2010 All-Ireland final meeting with Kilkenny.

We played Galway in the All-Ireland quarter-final, a day it could have all come undone. They were very good, but we had that tougher mindset from the meeting in the Jockey and the Cork defeat.

Gearoid Ryan had a great day for us against Galway, and from a Thurles perspective the winner was created by the Sarsfields - Pa Bourke came on and set up Larry’s winning point. Back in an All-Ireland final.

Larry is a few years older than me, so we wouldn’t have really known each other growing up; by 2010 I’d been on the Tipp team two years but I’d also been on the Sarsfields senior team a few years, so we were getting to know each other better, and he was a huge help to me, Pa and Mickey Cahill.

The four of us went to training together, to matches together, to the gym together - my home place is out beyond Larry’s and Pa is just over the wall, so it was no bother to fall in together. Larry was great to advise us. He’d been there since 2001 so he knew how to direct us - and we were probably good for him and the more experienced lads, the new players bringing in a fresh outlook.

It became a routine for us, particularly if we were playing in Dublin.

We’d call to him in the home place in Willowmere Drive and his mother Breda, God rest her, would be having a laugh with you - by the time you’d head out to go to an All-Ireland semi-final or whatever you were laughing and joking away, the mood would be very good.

His form was fantastic over those few years - he was in the running for hurler of the year practically every season. (And we helped him along the way. Early on we had a mandatory gym session Mondays at 6 up in Tom Kennelly’s gym near the Devil’s Bit, no excuses. Larry would say, ‘ring me at half five, because if you don’t I won’t go - make me go’. So I’d get onto him every time we had to go because he didn’t love the gym. Which he’d tell you himself.)

We had no problem focusing on Waterford in the All-Ireland semi-final - not so much because they were coming in as Munster champions but because they’d turned Tipperary over in the 2008 semi-final. We were also on a high after winning the Munster U21 final the previous year, so there was a bit of a buzz building in the county.

We had seven points to spare at the end - Lar chipped in with his usual goal - but the real highlight of the game for me was marking Ken McGrath when he came in at wing-forward, one of his last games for Waterford. Ken was one of my heroes growing up, a fantastic hurler, so I got to say I marked him, even though he had a green helmet on and didn’t look at all like the player I idolised.

He got a point, which initially annoyed and then thinking ‘that’s Ken McGrath I’m marking’. I didn’t mind too much.

Making it back to the All-Ireland final was great, obviously, but it was also a help that we’d been there only twelve months beforehand.

You know what to expect - not so much the game, but the circus that goes on around it. Getting suits for the All-Ireland final, for instance, is a bit of fun, but it can also be a distraction if it’s not handled properly.

For us that year it was a tap on the shoulder in training - ‘go on down there to the dressing-room’ and we got measured, and that was it, far better than the old way, where you had to go into the shop and stand around and wait and chat. Now it was two minutes of measurements and the next time you thought of the suit was when you picked it up in your hotel room.

The tickets the same: you’d get a message asking how many tickets you wanted, you got a certain amount of complimentary tickets and then you could buy more. Reply to the message and then one evening at training Tim Floyd the secretary would hand you an envelope. All done.

I never had issues with tickets at that end, and when I got home I’d hand my mother the envelope and she’d sort people out.

Those might sound like small things, but you’d be surprised how those small things can eat into your preparation if they’re not handled properly, how they can distract you.

I’d have watched the other All-Ireland semi-final, Kilkenny versus Cork, so I’d have seen Henry (Shefflin) get injured in that one.

Obviously, we were trying to get our own house in order and were concentrating on that, but it was impossible to completely shut out the hype. It would have been building anyway with the talk about Kilkenny winning five in a row and so on, then Henry got injured but he was getting rehab and there was a chance he’d play, we were hearing about the huge crowds at training in Nowlan Park . ..

We were aware of all of that but we were also happy with our own siege mentality reaching back to the criticism we received after the Cork defeat. Apart from one night, the traditional open evening before an All-Ireland final, we had nobody at training sessions and that suited us fine.

I think a couple of Kilkenny players have said since that the build-up got away from them a little, understandable enough given they were looking at five All-Irelands in a row.

For motivation, we believed we had the beating of them, and going back to the meeting in Carton House we wanted to remedy the feeling of disappointment after the previous year’s All-Ireland final.

It wasn’t about stopping them winning five in a row. That was the feeling in the back of our minds that year - righting that disappointment by winning the All-Ireland.

People say now that you can’t bring too much emotion to a big game but I felt we played that one right when it came to the mix of emotion and focus, certainly.

‘Ice in the veins’ was Eamon O’Shea’s saying, and I think that we had that balance right in the final that year.

In Croke Park, the experience of the previous year was a help. I felt the roar was louder, if anything, than in 2009 but it didn’t come as a shock because I’d been there before.

The fact that Henry was playing genuinely didn’t become a distraction for us. There was certainly no talk of ‘test him out early on’ or anything.

People forget that John Tennyson was in a similar boat with a cruciate and the fact that he was named to start as well made us think, ‘well, they must be right if they’re both on the team’.

In fact, I think Liam (Sheedy) may have said that week, ‘I hope they’re all playing so we beat them with the full team rather than giving any excuses’.

A few minutes in I saw Henry pull up, and I could see he was goosed. A couple of the Tipperary players went over to him as he was injured, gave him a tap as he left the field.

The Tipp supporters applauded him as he went off, which is something I’ll never forget; the rivalry was really warming up at that stage but it was obvious how much respect people had for everything Henry had achieved in the game even then, and he was a legend of the game to me, too.

We had our own danger man who was bang in form and absolutely buzzing that year - Larry was getting goals and floating around doing damage all that season. He was energised, and an energised Larry Corbett is a dangerous proposition.

The first goal he got, outfielding Noel Hickey and turning and scoring, was significant because I can remember an absolute surge of confidence when he got it.

I was thinking, ‘we’re well able for this’. Like every team we were keen for an early goal, and there it was, working out just as we hoped.

The forwards were really showing the benefit of Eamon’s coaching by then. That was his third full season with them and they understood what he wanted - they were all on the same wavelength.

Their movement also gave us freedom getting the ball in, which was a big O’Shea mantra.

And there it was. Shane McGrath turned and got the ball in as he turned, because he knew there’d be someone in there; Larry was on his own at the edge of the square with Noel; and all the other forwards had dragged the Kilkenny backs outfield through their movement.

Kilkenny didn’t die. They got back to within a point with Richie Power’s goal before half-time, but our confidence was high. In the dressing room someone mentioned the previous year and it was stressed - that that wouldn’t happen again and that we’d do whatever it took to win.

In the second half we felt we were on top without dominating on the scoreboard, but the dam burst was bound to come.

The emotion and coolness you could see when Noel got his goal - he and Eoin were pointing at their heads to keep each other focused. The real breakthrough was Noel hand-passing to set Larry up for his second goal, and the icing on the cake was the closing stages.

Seamus Hennessy came off the bench and got a point, Seamus Callanan came in and had two points almost immediately, Benny Dunne came in to hit a point . ..

It always felt like we’d win. Whatever the scoreboard might say we didn’t think we were going to lose.

Everything was going our way - David Young came on and hit Eoin Larkin a shoulder, and even though he got a yellow card that underlined the focus.

The final whistle was everything I imagined it would be. People had been building Kilkenny up, we’d lost the previous year and it had been nearly ten years since Tipperary had won . . . there’s no describing it, though I’ll never forget the roar when the game ended.

The following year, 2011, I was the Kerry-Dublin football final with a couple of pals, and there was a huge roar at the final whistle that day, too: it felt like the stadium was shaking.

‘You’ll never witness anything like this,’ I said to the lads with me.

‘We did,’ they said. ‘After last year’s final against Kilkenny.’ 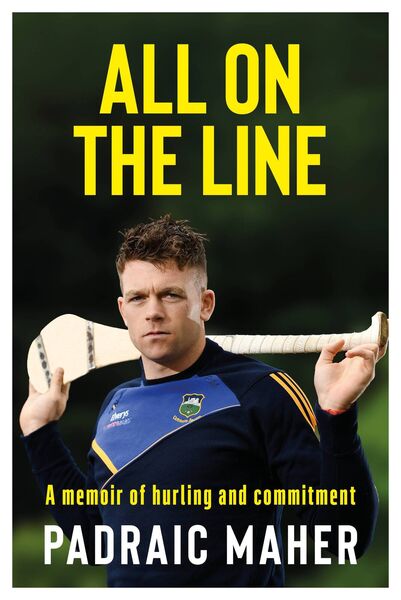 *All on the Line: A memoir of hurling and commitment by Padraic Maher is published in trade paperback by Hachette Ireland.  Join Padraic and fellow GAA All-Stars Patrick Horgan, Eoin Kelly and Tommy Walsh for an in-conversation event at the Anner Hotel, Thurles on Thursday November 10th at 7pm.