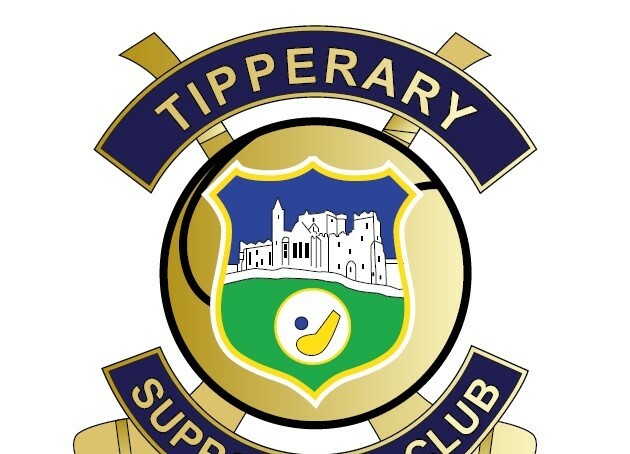 Last Sunday was a big day for football in the county with the staging of both the Senior and Intermediate finals in FBD Semple Stadium. In the Intermediate decider, 2021 Junior A champions Ballina faced CJ Kickhams Mullinahone and even though the full time score may suggest that the game was one sided, it was actually a very entertaining and keenly contested game that had great scoring movements as well as some very good defensive plays. While Ballina always looked to be in control, to their credit CJ Kickhams Mullinahone never gave up and contributed to a fine game of football that in the end went the way of Ballina on a full time score of 1-13 to 1-04.

In the Senior decider Clonmel Commercials may have taken a little time to come to life, but when they did they were clinical in everything they did as they went on to claim their 20th title on a full time score of Clonmel Commercials 1-10, Upperchurch Drombane 1-02. The Tom Cusack Cup Senior Football final was also played last weekend and saw Rockwell Rovers take on Killenaule on Saturday afternoon in Clonmel Sportsfield. In a very one sided game played in poor under foot conditions it was Rockwell Rovers who claimed the cup, running out 2-14 to 0-06 winners. In the county Junior A football championship semi finals there were wins for Thurles Sarsfields over Ballingarry while Sean Treacys and Clerihan had to go all the way to penalties to decide the outcome of their game. In the end it was the men from the West who qualified for this year’s final by virtue of their 5 goals to 3 win.

In the Junior B football Quarter Finals, Boherlahan Dualla defeated Eire Óg Annacarty Donohill by 2-11 to 1-06 on Friday evening in New Inn, while on Saturday Cappawhite defeated Upperchurch Drombane 1-11 to 0-05, while Kilruane MacDonaghs were 3-08 to 0-05 winners over CJ Kickhams Mullinahone. The final Quarter Final between Shannon Rovers and Grangemockler Ballyneale takes place this Wednesday October 19th in Templetuohy at 8.00pom. Last weekend also saw the final of the Intermediate Hurling relegation taking place between Ballinahinch and Shannon Rovers in Toomevara. In a game that was always going to be tense and hard fought it was Shannon Rovers who secured Intermediate status for 2023. In the county under 19 A hurling championship semi final, Holycross Ballycahill qualified for this years final thanks to a good 2-23 to 1-15 win over Knockavilla Donaskeigh Kickhams.

Next weekend will see a total of nine games being played in both hurling and football. There are three county finals down for decision with Grangemockler Ballyneale playing Upperchurch Drombane in the Junior A hurling final on Saturday in Golden at 2.30pm while on Sunday the finals of the Premier Intermediate and Senior hurling championships will take place in FBD Semple Stadium. The Premier Intermediate game between Gortnahoe Glengoole and Roscrea throws in at 2.15pm, while the 2022 FBD Insurance county senior hurling final will have a 4.30pm throw in. Tickets for all this weekends games can be pre purchased on line via the ticket section of the Tipperary GAA website. There will also be a special weekend pass which will entitle the purchaser to attend all games in the county championship next weekend for €20 for adults and €15 for students. This special weekend pass is only available on line and weekend passes will not be on sale at any of the venues.

Friday October 14th was a unique day for Tipperary GAA with the announcement that Murtagh Brennan will become the counties new CEO. From Castleiney, Co. Tipperary, Murtagh has spent over twenty years serving his country, both at home and overseas, as an officer in the Defence Forces.  Sports has been a constant and central theme throughout Murtagh’s professional and sporting life. As a player, he competed at all levels for his club Loughmore-Castleiney in both football and hurling, as well as playing third level GAA with University Limerick. Murtagh’s participation in training Defence Forces teams and athletes at participant and elite levels across a myriad of disciplines further proves that his life is immersed in sport, most particularly GAA. He has managed and coached teams at all grades at club level and in the Defence Forces. He has fulfilled the role of both Coach and S&C trainer with the Westmeath minor footballers, Rathcoffey senior football team in Kildare and Castledaly GAA club in Westmeath. Murtagh’s most notable achievement was his involvement as Coach and S&C Trainer for the Loughmore-Castleiney senior football and hurling teams in 2020 & 2021, which culminated in an historic double county final win. With Murtagh’s long involvement in GAA along with the expertise and experience he has gained through his role with the defence forces along with his other various academic qualifications, his appointment can be seen as a very positive one for Tipperary GAA and we wish him the very best of good luck in the role.

The GAA’s national Respect the Referee Day takes place this coming weekend and Tipperary GAA will be making a big effort to embrace this very important initiative. Before this weekends three county finals, players will file past the referee and shake hands and we will be asking that all those involved in games whether it be as a player, mentor or supporter play their part in the give respect, get respect campaign. President of the GAA Larry McCarthy who will be in attendance at both county finals in FBD Semple Stadium this Sunday said that Our Referee Respect Day is a part of our commitment to raising the profile of referees and more importantly an awareness among the rest of our membership about the level of respect that we expect when it comes to supporting match officials. The GAA also have a number of initiatives aimed at enhancing the levels of support for match officials. These include: Review of the Rules concerning infractions against Match Officials, Review of how serious infractions against Match Officials within the Association are processed, Updated training course on discipline procedures for Discipline Committees at all levels, Additional training to Match Officials around reporting disciplinary action, Review of the Give Respect, Get Respect campaign with a roll out in 2023.

As has been the custom on County Final day for many year’s, Tipperary GAA honour a County Final winning team of the past and at last Sunday’s senior football final in FBD Semple Stadium, it was the turn of the Moyle Rovers players of 1995 & 1996. Congratulations to the club and all involved in making the day a memorable one for a group of great players who brought great glory back to the parish of Powerstown and Lisronagh.

The October clubs draw was held in The Clough Inn, Cloughjordan last Friday in front of a big crowd of both locals and regular draw attendees. The big winners on the night were Rosegreen’s John McGrath and Catherine Gooley who won the star prize of a Citroen c3 car or €15,000 as well as 200 prize bonds. The second prize of €500 plus 100 prize bonds went to Sinead Pearl of Lattin Cullen, while Owen Egan who is a member with Thurles Sarsfields won €200 plus 100 prize bonds. Congratulations to all the winners on the night and thank you once again for your continued support of the Tipperary clubs draw.

The draw for the 2023 Munster senior football championship took place last Saturday afternoon and David Powers charges now know that they will play Waterford in a Quarter Final tie with the winner playing All Ireland champions Kerry in the Munster semi-final.

The fixtures for the senior hurling championship have also been finalised and Tipperary will have two away games against Clare in round 1 and Cork in round 3 before welcoming current All Ireland champions Limerick to FBD Semple Stadium in round 4. Tipperary’s final game in the league section of the championship will also be at home to Waterford in round 5.

Round 1 of the TUS Dr Harty Cup took place last Wednesday, October 12th and it was a good start to the coveted competition for all Tipperary schools. Thurles CBS had a very impressive 3-20 to 2-09 win over Francis College Rochestown. Thurles Sarsfields duo Tommy Maher and Robbie Stapleton were the leading lights accounting for 1-11 of their sides final tally. Our Ladys Templemore were also very impressive winners over Pobail Scoil Na Trionide, Youghal 1-29 to 1-14. Tipperary minor hurling stars Jamie Ormond of JK Brackens and Upperchurch Drombane’s Paddy Phelan along with Tom Corcoran JK Brackens were among those who impressed the most. Cashel Community School recorded a memorable 5-12 to 2-20 win over St Flannans College, Ennis in what was a gripping game of hurling while Nenagh CBS shared the spoils with De La Salle College Waterford on a full time score of 2-15 to 1-18.

Tipperary led the way in 2022 Munster Scór Sinsear Final with no less than four Munster Titles returning to the Premier County. A tremendous night’s entertainment greeted those present with the standard of competition incredibly high. Tipperary will now represent Munster in four competitions in the All-Ireland Final on Saturday November 12th in Castlebar.

We extend our warmest congratulations to our Figure Dancers from Newcastle, Noel Joyce of JK Brackens who collected the Aithriseoireacht trophy, Newport who were crowned Ballad Group Champions and finally to Newport again who won Provincial Honours in the Nuachleas Competition.

Commiserations to the Moyne Templetuohy Quiz Team who lost out by the narrowest of margins in the table quiz element of the competition. Commiserations to Siobhan Egan who was narrowly defeated in the Solo signing competition and to the Newport Music group who were also defeated.

Coiste Scór Thiobraid Árann want to firstly thank all of our wonderful competitors for their time and commitment and to wish our four winning acts all the best in Castlebar in four weeks’ time. Make sure to follow us on our Facebook page for all photos and information!

The 2023 Tipperary GAA Yearbook is being compiled at present and the Yearbook committee is seeking articles and information for inclusion. If you have something you would like included you need to have it submitted in the coming week’s.

Clubs that have accomplished any unique achievement in 2022 are requested to send through an appropriate article for inclusion. Similarly, it is most important that clubs record and document any charity or fundraising events they undertook. These events epitomize the heart and soul of the GAA in every parish and their community across the Premier County.

The Yearbook committee are looking to all clubs to submit any obituaries of their deceased members in the last 12 months. The maximum number of words for an obituary is 150 and please include the club’s name and the years also, e.g. 1939-2021, as well as his/her G.A.A. achievements and a photograph of the deceased person.

Please e-mail information and photographs which must be named to Tipperary Yearbook Committee at yearbook.tipperary@gaa.ie

TIPPERARY HURLER OF THE YEAR

You can pick any player from the squad. The field is open and the choice is completely yours.

Members of the Tipperary Supporters Club can vote by emailing info@tippsupportersclub.com and simply providing the name of your selection for Tipperary Hurler of the Year.