Ronan Maher: 'You feel like you’re letting your family down and the people of Tipperary down' 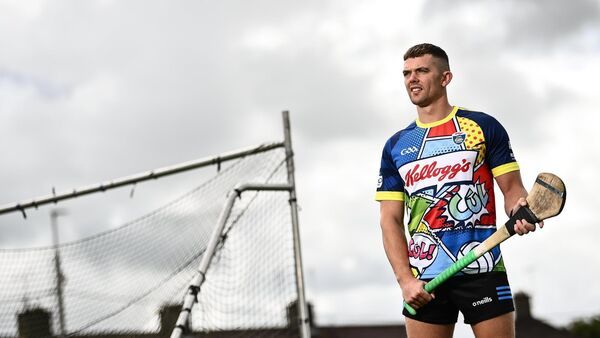 It’s All-Ireland semi-final week but the Tipp hurlers can attend to other pressing matters. Of the strong Arsenal contingent on the panel, Ronan Maher is giving most credit to Seamus Kennedy for helping the Gabriel Jesus deal over the line.

“Sham was over in Vilamoura last week and he met him and asked him if he was signing and he said he didn’t know. Tensions were high for a while there but it’s a good result if we can get him and get a few more now. They seem to be pretty busy in this transfer window which is exciting anyway.”

Maher got away himself for 10 days but is now back on club duty. He believes the split season is working well for the club player getting to play on fields in decent nick. He’s just sore from Thurles Sarsfields’ Mid Championship defeat by Upperchurch on Sunday, where he reckons they simply failed to close the deal. It’s one his brother might have helped get over the line. Sars must now feel the pinch Tipp suffered this year.

“It was very unusual for me not having Pádraic on the pitch. We miss him a lot now obviously with Tipp but we’ll miss him extremely with the club. He’s a big void to fill there. I suppose you can’t hold onto him forever but he was great for me to have around and I don’t think I’d be where I am today without his experience and having him around.”

These days Ronan Maher is Tipperary captain and today he’s promoting Cúl Camps, where thousands of kids will meet their heroes and pretend to be their heroes this summer. He’s a good choice as ambassador, remembering well the two-week camps Dúrlas Óg used to run in Dr Morris Park and the joy a celebrity appearance brought.

“They were great craic. Would you believe they were keen on bringing Kilkenny hurlers down as well so I met Tommy Walsh a couple of times and Henry Shefflin. Obviously our own as well, the likes of Larry (Corbett) and Eoin Kelly, lads you would have looked up to underage.”

I watched Ronan Maher from a distance after a league match in Semple this spring. My own young lad, having left his Corkness at home, was pitchside, among the many roaring for an autograph, but had no paper. Like most of his peers are, Maher was patience personified, but there was uncommon care in the way he teased out the best solution with the lad, examining how the pen might operate on various shades of Tipp gear, before settling on signing his flag.

It’s clear he carries seriously his responsibilities as a figurehead and easy to figure how hurt he is by a pretty disastrous championship, four defeats from four.

“It’s hugely difficult to take as a player and the whole group together. It’s really not what we planned or what we expected. I suppose as a captain then, it hits twice as hard. You feel like you’re letting your teammates down and your family down and the people of Tipperary down.

“It’s obviously not where Tipperary are used to being and we’ve obviously got high standards in Tipperary and people ask a lot of questions when things aren’t going right. We know that there’s huge pressure and huge responsibility in that Tipp jersey.

“As a county, we’re hugely competitive, especially in Thurles. Our home ground is where we want to be winning and we would have targeted those two games and hoped that we would have won those.

“But I don’t think we were up to scratch fully. Both teams took advantage of that. We put a lot of effort into the Waterford game. Mentally there was a lot invested going down to Walsh Park and we were so close to getting over the line that day and we probably should have if we were to execute our shots.

“Then the Clare game crept up on us all of a sudden. It was week on week and we kind of sleepwalked into that game and obviously they took full advantage of that and they steamrolled us.”

He fancies Limerick to go the distance again, even if Tipp arguably had their finest hour of the championship against the champions. Just the bare hour, alas.

“I think we went out that day and played with complete freedom, to be honest with you. It was kind of like the Waterford game. We invested a lot mentally and physically in that game, and we were in it for up to 60 minutes, and I thought we brought the challenge physically to them.

“I’m not too sure what they thought of us coming into that game, but leading up to it there was a lot of disrespect about us in the media and I suppose that hurt a lot. We brought that into the game and I think it was more of a stubbornness with us that made us so competitive on the day.

“It was just hugely disappointing not to finish it off, because we were in that game up to 60-65 minutes and a few small things happened and changed it and a team like Limerick will punish you.”

Exiting championship on May 22 leaves plenty of thinking time and so far, Colm Bonnar has largely left his players to their thoughts.

“There was no debrief. Obviously we’ve been chatting over and back on the phone. He’s been talking to players and stuff like that. I suppose he’s just giving players some time to get their heads around last year. We’re all back into the club championship now and back with our clubs so I suppose he wants to let us all focus on that at the minute. I’m sure we’ll be in touch in the next couple of weeks to prepare for the coming year.”

Regret bites on weeks like this, buzz building around others’ ambitions.

“Being used to being at the height of championship and competing, to be on the opposite foot now is tough to take. And as captain it’s tough to take.

“It seems like a long time ago now since we were in All-Ireland finals and winning them, and you appreciate them when you are finding it tough, and I suppose this year you really appreciate them.

“Listen, there’s plenty of time, I have a good few years left in me as well so I’d be hoping this team develops. It is a very young team and there are some serious hurlers and characters in that group so I have no doubts that we definitely will be back up, and it’s just a matter of getting players developed again now and we’ll focus on getting ourselves right.

"But naturally enough you think back on the times when you were in Croke Park and they are the places you want to be. You do miss those days. But I think every county goes through a bit of this and you just have to be a bit patient with it. Obviously we’ve lost serious players over the last couple of years and it’s just about bringing on a few more players every year.”

He's hopeful about Sunday's minor final and not just because he's working in Offaly. He knows the county needs the lift.

His brother lamented the modest support Tipp attracted this year and Ronan too is conscious that the senior team can no longer count on the faith of its people.

“To be honest I’d agree with him and I don’t know what the reason behind it was, that there was such a small crowd following us this year.

“I was even at a couple of the under-20 games and the minors and there were great crowds, so I’m not too sure what the reason was behind that.

“If games are tight it does really have an impact on you then I suppose, when you get a lift and stuff like that. But it’s about starting from the ground again and building up next year and trying to get our support back in the county and getting people to follow Tipperary hurling again.

“I suppose we set high standards for ourselves in Tipperary and when things aren’t going well, people get frustrated very easily.

“We are going out to do our very best in the Blue and Gold and I can assure you that everyone who put on that jersey this year went out to do that."