Colm Bonnar says Tipperary need to 'back each other up' 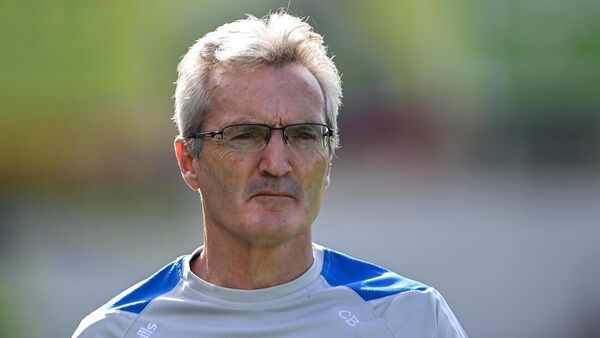 Tipperary boss Bonnar seemed to plead with the Tipperary public, who largely stayed away from this game, to go easy on the players

“Devastated” Colm Bonnar has acknowledged Tipperary have to be prepared to face a promotion-relegation play-off against Kerry next month.

Having finished last in Munster, the ignominy of Tipperary’s season may not be over if Kerry win the Joe McDonagh Cup final and the counties clash for a place in the Liam MacCarthy Cup in 2023.

In a dejected dressing room, the possibility wasn’t raised but Bonnar knows it will happen if Antrim don’t beat the Kingdom in the second-tier decider on June 4.

“Well look, we didn’t really discuss anything like that. We were just… our hearts are just sunk here. We didn’t even mention that but I know that’s on the radar if Kerry can do something but, as I said, that’s for another day.”

Relying on Clare to beat Waterford, Tipperary had an outside chance of qualifying for the All-Ireland series but Bonnar admitted they never paid attention to events in Ennis.

"There was a slight chance coming into this game if things go… I don’t know what happened, we had no focus on the Clare game, I think Clare won it well in the end or something but it probably makes it a bit worse.”

A sixth consecutive SHC defeat for Tipperary, four of them in his tenure, Bonnar said he felt for the stalwarts in his team.

“They’re absolutely devastated inside there. It’s not the result we wanted. When you talk to the likes of Noel McGrath, the likes of Ronan Maher, the likes of Cathal Barrett and look, have they been in dressing rooms like this before? It’s hard to think back, have they? Maybe 2018 didn’t go well for them but they came back with a big play in ‘19. You always have to keep believing but Munster has just gone hugely, hugely competitive.”

He seemed to plead with the Tipperary public, who largely stayed away from this game, to go easy on the players. “We’re shell-shocked but I think it’s important that the general public don’t… they’ve given so much, they’ve trained so hard. When you look at the display, it’s the same team that played Limerick only two weeks ago and gave so much and today is not what we wanted. So yeah, we need to back each other up."

Bonnar never anticipated Cork would hit Tipperary as hard as they did after the hosts’ fast start. “You don’t expect it to go the way it did. Cork upped the ante hugely. Whether it was them or us getting deflated, I don’t think so because there was too much at stake here and it was too early in the game.

“We kept telling the players, ‘yeah, the scores will come’. Six, seven, eight points is nothing in hurling, it can change very quickly and they were to just keep focusing and putting the pressure on what they can bring, the work-rate. It’s very hard for us to understand that because we felt we had a lot of positives.”