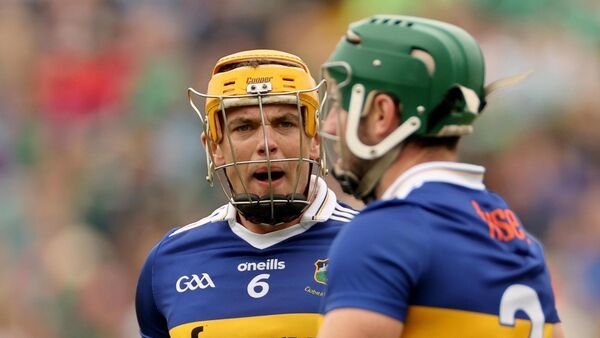 Darragh Egan has spoken of his Wexford team being “a dangerous animal” if they come through this game but if they are the wounded kind here Kilkenny won’t need any invitation to shed more blood. Egan is hoping that muscle memory kicks in for a Wexford team who shouldn’t stand back from a team they have bettered in recent years but they still appear to be falling between two game-plans.

Rory O’Connor and Lee Chin are match-winners, Diarmuid O’Keeffe’s industry is usually second to none but Wexford didn’t discover the type of players Kilkenny did earlier this year. Wexford need goals but have been brutally shy in that department against bigger teams. Needless to say, what happened in Mullingar won’t help their morale either.

As poor as they were in the second half against Kilkenny in Parnell Park, Dublin will take some encouragement from their decent record against Mattie Kenny’s native county during his tenure. They could lose this game and still make the preliminary quarter-finals but won’t want to be relying on events on Noreside. Galway have been improving steadily since giving away an opening day win against Wexford. They face a team here who can go toe to toe with them physically but don’t have as much of a cutting edge.

We’ve mentioned before Laois’ habit of following poor performances with vital victories. Westmeath must be wary of their opponents’ ability to turn it on when it matters. Antrim experienced that in the league earlier this year and Joe Fortune’s men can’t get too ahead of themselves with that point earned at home to Wexford. A draw would be enough for them to stay up and in a game of tight margins on a tight pitch that may be the result.

Down started as they meant to go on but three championship defeats followed. They can bookend the campaign with a second win and avoid relegation.

Kerry will hope Antrim, having already qualified for the final, will be distracted here but they rarely are in Belfast. Perhaps Kerry win but in the grand scheme of things it is unlikely to be enough.

Providing that bruising win over Kerry in Tralee didn’t take too much out of them, Offaly can take their place in the McDonagh Cup final, which would mark a rerun of the famous 1989 All-Ireland semi-final against Antrim.

Winning their five round games by an average of almost 20 points per outing, Kildare go into this final with confidence sky high. Thirty points better than Mayo in the competition opener, the margin won’t be as much here but the result should be. Verdict: Kildare.

Roscommon were far too good for Tyrone in their round game earlier this month yet the Ulster men will be buoyed by getting one over Donegal to get here and can make a better fist of it, if not a winning one.

Longford only put one foot wrong on their way to topping the table. This could be the tightest of the three finals in Croke Park but they can be the first up the Hogan Stand steps.

Aaron Niland is going to be a star of the game and will lead the Galway attack. However, if Clare can harness the pain of that epic Munster final defeat to Tipperary last week, their match fitness should count most.

Both teams will have aspirations about advancing at least from the southern section of this new championship but Wicklow play and look like a better team at home.

A tight encounter expected with the home team edging it.

An awkward opener for Cork but they can take the points.

Tipp will be out for revenge after the provincial semi-final defeat.

Galway to open their account with a comfortable victory.

Kilkenny will make the long trip north a worthwhile one.

A massive game for Offaly if they are to avoid relegation bother.

What a difference an afternoon makes. Just when it seemed the Limerick-Kilkenny U20 final was needed to beef up a likely dead rubber between two doomed teams, along come Cork to potentially save their season and ensure a huge crowd in Thurles. Whether Tipperary’s heartening show against Limerick convinces home support to return to backing their team remains to be seen but there was enough in that display to believe they can hold Cork, even a resurgent Cork, to account here. By accident and design, Colm Bonnar is now well and truly giving youth its head. Against Clare, 10 of the 2019 All-Ireland winning team started. Against Limerick, that number had been halved.

Cork’s blend is more refined and they have men who can stick goals – does Cathal Barrett take up Alan Connolly? – whereas Tipperary have been so profligate in attempting three-pointers. Tipperary need to win by a seven-point margin to keep alive their slim hopes of championship survival. Cork’s task is simpler and they can afford to be patient but that can morph into a casualness, which has so often been their downfall. Both teams’ discipline needs to be tight with a sharp referee in charge. Even if it’s not enough to save their season, Tipperary have the ability to help bring Cork down with them.

The anticipated decision by Clare to rest up key players before facing Limerick is understandable. If they are to fail to win a game in Ennis in this year’s championship, it will be compensated by the fact they’re planning for a Munster final in Thurles on June 5. Yet surely this fixture against Waterford offers more than any training game in the next seven days?

Waterford will need to be tuned in from the start and in Clare’s faces unlike last Sunday when they gave Cork time and space to measure their shots. Will Liam Cahill do away with the one or two sacred cows that deep down he knows he must? They can wait on word from Thurles: getting the job done here is the only controllable they can control.

A change of venue from the counties’ Leinster fixture as Wexford Park undergoes pitch work. There isn’t a major crowd expected for this rematch either but Offaly have greater strength in depth while Wexford might still be sore after that hefty defeat to Dublin.

On their way to winning their Leinster crown, Kilkenny will have faced nothing like this Limerick side that were tested if always had too much for Tipperary in their provincial final. Yes, that battle with Wexford will have hardened the Cats but it is difficult to see them coping with players such as Aidan O’Connor, Adam English and Colin Coughlan.