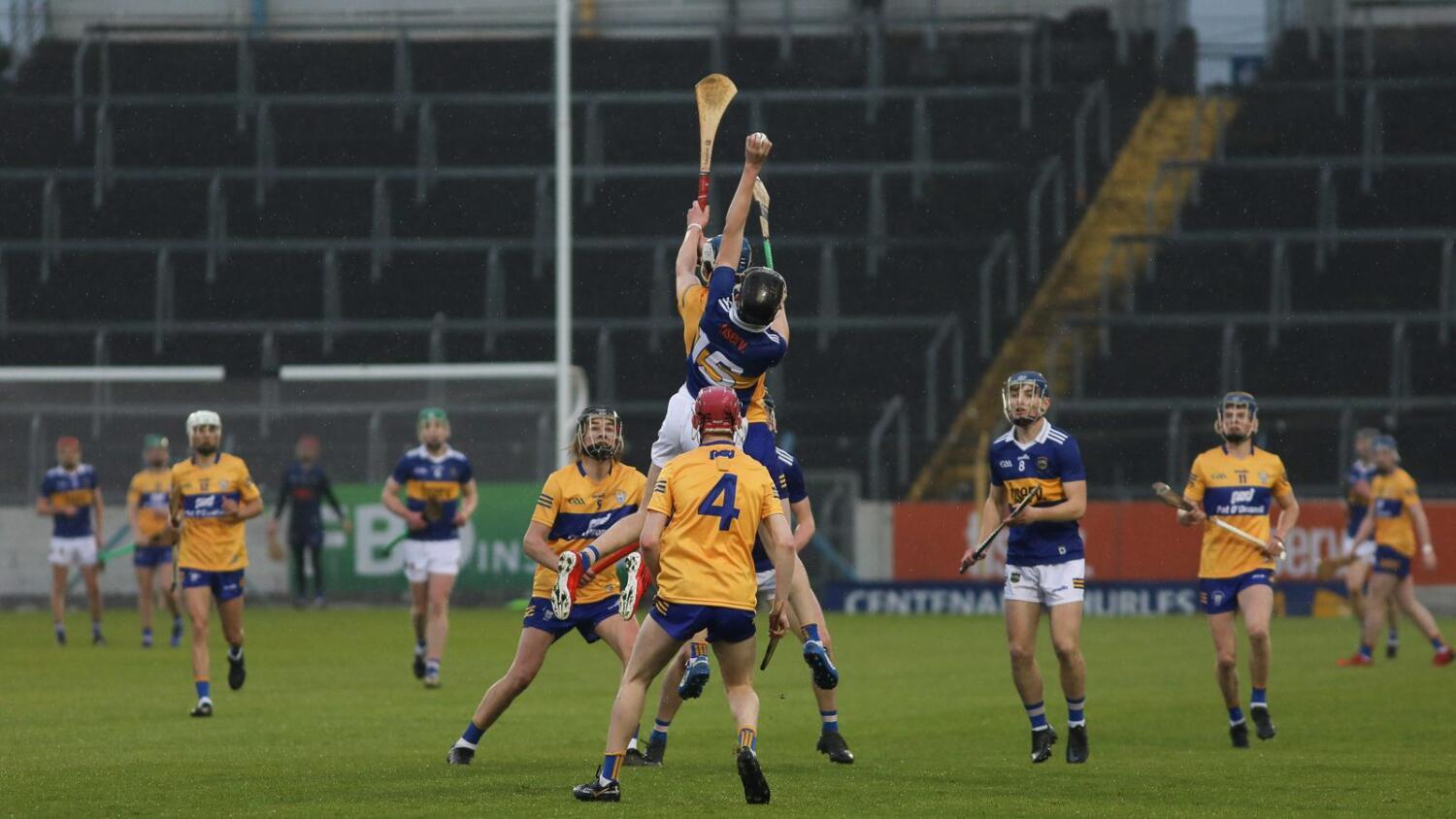 Tipperary won the Munster Minor Hurling Championship title in dramatic fashion as they needed penalty shots to defeat Clare in an epic final at the TUS Gaelic Grounds on Wednesday.

The sides couldn’t be separated after normal and extra time, leading to the first Munster final decided by penalties where Tipperary won 3-0 with Eoin Horgan, Paddy McCormack and Adam Daly converting their three shots with Horgan saving two of Clare’s efforts with another tailing wide.

It was a cruel way for Clare to lose who started the brighter with Michael Collins and Cian Neylon landing the first two scores of the game with Oisin Whelan landing a third in response to Tipp captain Sam O’Farrell opening his sides account.

He added a second on ten minutes as part of a five point scoring run for Tipp with Damien Corbett (2 frees), Jack O’Callaghan and Joe Egan also on target for a 0-6 to 0-3 lead after sixteen minutes, while they had the best goal chance of the half with Paddy McCormack denied by Mark Sheedy.

Clare responded with points from James Organ, Jack O’Neill and an Oisin Whelan free to draw level before Tipp went on another three point burst from Corbett (2, 1 free) and a long range Ciaran Foley free.

Clare cancelled that out again with O’Neill, a superb individual point from James Hegarty and a third Oisin Whelan free to draw level but a Ciaran Foley point from play gave Tipp a slender 0-10 to 0-9 half time lead.

Clare came out full of vigour in the third quarter and opened up a 0-17 to 0-14 lead by the time Tipp were reduced to fourteen men when Sam O’Farrell was sent off for a second bookable offence.

However, it ignited Tipp into life and their bench made a massive impact with Sam Rowan’s goal on 53 minutes bringing the sides level with Darragh McCarthy (2) and Cathal English also adding points as Tipp found themselves two points in front deep in added time when Oisin Whelan converted a free for Clare before sub Dylan Keane-Hayes landed the equaliser a minute passed the allotted four minutes to send the game to extra time.

Tom Delaney was re-introduced to return Tipp to fifteen men as another sub, Jamie Ormond nudged Tipp ahead before James Organ and a long range Whelan free nudged Clare back in front before a Darragh McCarthy free for Tipp saw the sides deadlocked still at half time in extra time.

The drama continued in the second period with Oisin Whelan converting two placed balls but Tipp came back with a Jack O’Callaghan point from play with Paddy McCormack landing a nerveless free from 55 yards on the wing with the final puck of the game to send the match to penalties.