Len Gaynor confident Tipperary are heading in the right direction 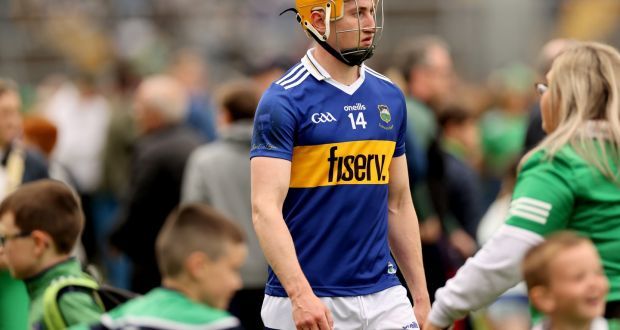 Len Gaynor confident Tipperary are heading in the right direction

Colm Bonnar as good as pulled the shutters down on Tipperary’s All-Ireland challenge on Sunday afternoon.

Technically, they could still advance from Munster in third position but it’s a long shot that requires Cork and Clare to beat Waterford over the next two weekends and Tipp themselves to overcome Cork by a decent margin in their final group game on Sunday week.

“We came down here to win and we wanted to keep some hope alive in terms of the championship – we know now that’s gone beyond us,” acknowledged Bonnar after Sunday’s battling defeat to Limerick.

Three years after lifting the Liam MacCarthy Cup, the same year their U-20s retained the All-Ireland at that grade, this was not how things were meant to pan out.

The thing is, even with the Munster championship’s wooden spoon dangling above them after failing to pick up a single point, even after league defeats to Dublin and Waterford that took the gloss off their season-high win over Kilkenny in February and even with seven months of an inter-county black hole ahead of them, Tipp supporters are positive.

There was enough in the displays against Limerick and Waterford to offer encouragement and, most of all, hope.

“It was almost impossible what he was facing this season,” said former Tipperary player and manager Len Gaynor of the situation thrust upon Bonnar.

“Between all the injuries, Padraic Maher having to retire, which was a huge thing to happen to the team because not alone was he a good player but he dominated that whole area, and then the need to bring through more young players, it was a very difficult job to walk into.

When Moyne-Templetuohy’s Gearóid O’Connor came on for Tipp against Clare in their second provincial game, he became the 31st player to feature in a competitive game for them this year.

That’s less experimentation than, say, Galway, who were up to 35 by the end of the national league but just consider all the players Tipp didn’t have.

John ‘Bubbles’ O’Dwyer didn’t feature at all because of injury. Séamus Callanan only started one league game in February before breaking his hand. Maher retired. Achilles surgery ended John McGrath’s year. Jason Forde and James Quigley missed the Limerick game with injuries too. If Bonnar didn’t have bad luck, he’d have had no luck at all.

Within all of that chaos, Craig Morgan and Dillon Quirke have become championship regulars. Quigley as well. Mark Kehoe started seven of Tipp’s eight league and championship games, scoring in all but one of those. Next to him, Jake Morris, his partner in the full-forward line when Tipp won the 2018 All-Ireland U-21 final, has time on his side too.

“You’re talking three or four good players that have come in this year and showed they’re well able to fit into that jigsaw,” said Gaynor. “It’ll take time to mesh them all together, to get the positioning right and that’s fair enough, I don’t think anyone thought it was going to happen straight away.”

Gaynor fancies Limerick to go on and win it out again. Not the Munster championship but the All-Ireland.

“We nearly caught them on Sunday, they were below par, way below par, a lot of passes that went astray and misses that you just don’t see normally with Limerick,” he said. “Maybe they were a bit complacent. I’d imagine their management were very happy because it was not a good performance but it was still a sizeable enough win. They look like a team gearing up for the bigger stuff with a bit still left in the tank.”

He likes the look of Waterford too.

“They remind me a lot of the Waterford team that won their last All-Ireland in 1959,” he said. “Not the short-passing stuff or any of that but just the way they play the game. They’re flamboyant and they’ll blaze their way up the pitch. I was at the ’59 final, it was my first All-Ireland to go to and that’s how they played then. They were mesmerising. I see the same sort of application in this Waterford team, the way they go for it.”

And Tipp, they remain a work in progress. Five losses from eight competitive games isn’t a great return from 2022 – they lost to Kerry during the pre-season too – but beating Cork, the auld enemy, to avoid bottom spot in the table is still a realistic target.

“You could look on it as a reasonable season then, with the couple of wins they would have had,” said Gaynor. “A win against a team like Cork would be a big boost to us all but it’s about performance really. If the players are giving their best you can’t complain and they definitely gave that against Limerick.”