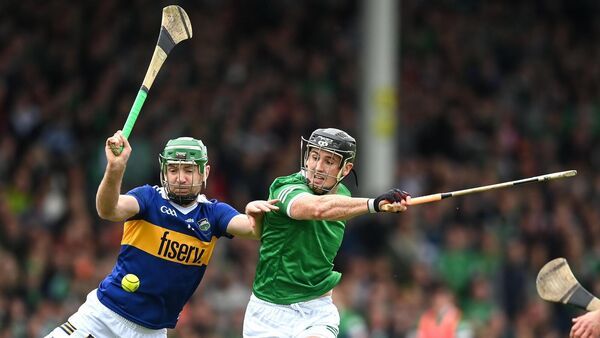 Tipperary manager Colm Bonnar believes the team’s race is run this summer although they are technically not yet out of the championship.

The county could still squeak third place on the basis of score difference. It would require a combination of results – Cork and Clare beating Waterford in the next two weeks as well as a handsome Tipperary win over Cork in Thurles on Sunday week. A Waterford win or draw in Walsh Park would confirm Tipperary’s exit.

Bonnar sounded a defeatist tone. “We came down here to win and we wanted to keep some hopes alive in terms of the championship. We know now that’s gone beyond us. We’re devastated over that because we didn’t want to be out of the championship. This wasn’t on the plan and we just have to go back to the drawing board. We do have one championship game and that’s against Cork and Cork still have something to play for. They have to play Waterford. It’s our last game and we want to finish on a high.”

Noel McGrath was taking a more positive view. “It's still Munster Championship, who knows what's going to happen next weekend? That's the nature of sport, this thing isn't fully finished yet for Tipp so we'll get back on the training field this week, we'll get the bodies right and we'll go again. Whatever happens, we'll show up against Cork and we'll put our body and soul into it again and that's all we can do and learn as much as we can from today.”

An emotional McGrath said this performance was a response to the criticism of the group. “There was probably character questioned of the Tipperary group between management and players over the last couple of weeks. That would probably hurt because there are lads there that are honest as I have ever come across in a Tipperary jersey and I back them fellas every day of the week from 1 to 33 on this panel.

“The results aren't going our way but it's not from the lack of effort, the lack of want, the lack of drive to succeed in training. Today showed that there is something there and hopefully the Tipp public will get behind us over the next few weeks again and come out and support us and drive us on because that helps as well.

“At the end of the day, you go out on the field and you have nothing only the lads beside you and I'm never as proud to be part of a Tipperary group and I will be over the next few weeks and as long as we're still going for this year.”

At a time when Tipperary led by a point, Bonnar’s first impression of Aaron Gillane’s swipe on Ronan Maher was that it was not a sending-off offence and he didn’t see the incident between Darragh O’Donovan and Jake Morris.

“I didn’t see Jake’s incident but I saw him go down. He said he got the end of the hurley but you need a linesman or an umpire to see that. With Aaron, I didn’t really see that much... sometimes the timing can be a bit off. I think Ronan was going for the ball, he (Gillane) pulled him whatever. I’d have to see it on TV but would it be a harsh sending off? I’d say it would be.”