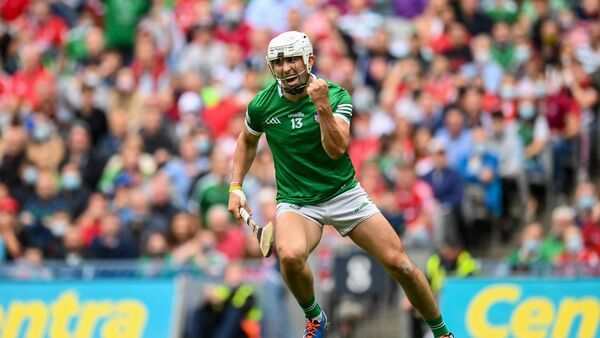 A flourish of a finale from Limerick has all but put them in a fourth straight Munster final and consigned Tipperary to an early championship exit.

A flourish of a finale from Limerick has all but put them into a fourth straight Munster final and consigned Tipperary to an early championship exit.

Watched by a 27,111 in TUS Gaelic Grounds, the All-Ireland champions laboured for the most part and only came alive in the final 10 minutes of normal time when they scored 2-6 to Tipperary’s four points.

Tipperary will rue a wide count of 17 points although Limerick’s accuracy was almost as poor. However, a goal from Conor Boylan in the 67th minute and a second green flag from Aaron Gillane three minutes later helped to put a prettier complexion on the scoreboard.

Tipperary couldn’t convert a couple of goal chances they had early in the second half and yet remained ahead until the 62nd minute when Diarmaid Byrnes flew over a 65. Another three Limerick points followed and the home team’s crisis in confidence was averted.

By half-time, the teams had amassed 19 wides between them, Tipperary hitting double figures with Ronan Maher’s long-range effort tailing to the side of Nickie Quaid’s right-hand post. Posting 24 scores between them, it was a dreadful return.

Bearing in mind how much they were written off, Tipperary would have been thrilled to be up 0-14 to 1-9 on the turnaround. Noel McGrath was unerring from placed balls and Ger Browne picked off three fine scores from distance.

They were mixing their game up well, Barry Hogan’s long puck-outs finding forwards in space, and recovered well after Gillane’s eighth minute goal, the Patrickswell man catching a short Diarmaid Byrnes point attempt over the head of Seamus Kennedy and burying the ball.

Tipperary were on level terms by the 23rd minute and went ahead a minute later as they hit Limerick for six scores on the bounce. The home side squared the game in the 31st minute but Tipperary scored three of the last four points in the half.