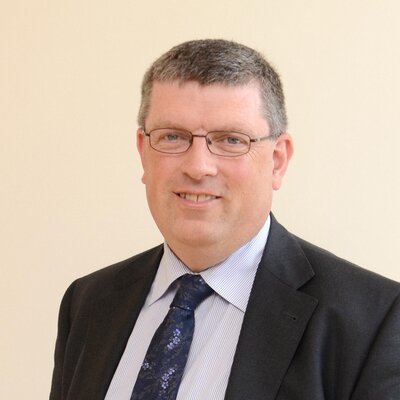 Having served in numerous other roles in the association so far, it was fitting that Ger took over as chairman on home soil in Thurles and in doing so, becomes the first Munster Council Chairman from Tipperary since Moyne-Templetuohy’s Sean Fogarty held the position. Ironically Ger now resides in Moyne just a short distance away from his predecessor.

In proposing Ger, Tipperary County Board Chairman, Joe Kennedy said it was a his great pleasure to propose Ger for the position  of Chairman of the Munster Council .

“Ger has served in many roles at both local and national level and is very well qualified to assume this role for the next three years. A proud member of the Templederry Kenyons, a club which he chaired at a young age for a number of year’s. When he was living  and working in Dublin he joined the Tipperary Supporters Club. In his time in the Supporters Club he held the role of Chairman,  Secretary, Treasurer and PRO. At county board level he held the position of PRO for five years. While serving in this role he was recognised as an innovative and efficient officer both within the county and at national level.  On completion of his term in Tipperary he went onto serve as PRO of Munster Council for three years. Ger has been a valuable member of Croke Park committees over the years and he chaired both the Communications Committee and The Player Welfare Committee at different stages. Over the years, no matter what role Ger has served in, he has always made himself  available to give support to club and county officers. In conclusion Ger has been a very capable officer at club, county and provincial level and I have no doubt that he will continue his great work as Munster Council Chairman.”

In his first address as Munster Council Chairman, Ger said that it is an honour and privilege for him to be elected to the position and he thanked all the counties and their delegates for bestowing the honour upon him. Ger said that he looks forward to the next three years with great positivity and hopes that before too long attendances at all games will return to normal. He also said that he hoped to give as much help and support to all clubs and aid their development in what are challenging times. Ger said that it is his intention to set up a working group to provide more support to all counties with particular emphasis on maintaining and developing county grounds and upgrading areas such as floodlighting. In a wide ranging address Ger also addressed the areas of refereeing, stewarding, youth development and the football championship proposals. Ger wished all the counties of the province well both on and off the field  and he hoped that 2022 will be a healthy and safe year for everyone.

Tipperary GAA and Tipperary Supporters Club wish Ger the very best of luck over the coming years and we have no doubt that he will be a most capable and proactive Munster Chairman.