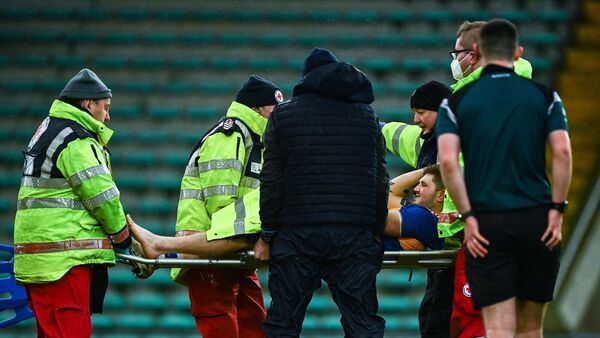 The Kiladangan man had scored a point before sustaining the injury in the second half of the game in Austin Stack Park.

The play was stopped for 11 minutes as he received treatment before he was removed to hospital by ambulance.

Tipperary GAA chiefs tweeted this evening that Connors had sustained a "double ankle fracture in today’s game against Kerry. We wish Willie well in his recovery."

Connors (25) was part of the 2019 All-Ireland hurling winning panel making a number of appearances during the year.