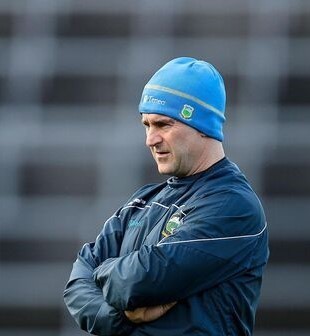 While joking that Tipperary would have received a penalty for Adrian Tuohey’s foul on Seamus Callanan in last November’s All-Ireland quarter-final defeat - “we could have won the match - it might be a year or two late” - the two-time All-Ireland SHC winning manager feels the rule will make a major change to hurling.

“You will really have to defend well,” he told Tipp FM, “and you will have to defend smart so it is certainly going to rule out any cynicism in the game, no question, so we’re well aware of what’s required to be a defender in this League and Championship in the year ahead. That will be an intriguing part of the game because there will be tight calls.

“Certainly, you don’t want to be going down to 14 men or giving away penalties too often in any game against top-class opposition.”

Sheedy believes there can’t be “any bad result” for Tipperary against All-Ireland and Division 1 champions Limerick this Saturday.

Bearing in mind Tipperary’s Championship opener isn’t for two months, he is looking forward to building up towards the Munster semi-final against Clare or Waterford starting with the short trip to LIT Gaelic Grounds.

“I don’t think there can be any bad result on Saturday night for us. Ultimately, we’re playing the best team in the country, I think they’re even-money favourites for the Championship so they’re there for a reason.

“They’ve raised the bar, no question. They were outstanding champions across all competitions. That’s what we’re facing into but isn’t that the beauty of sport? These are the matches you want to be playing and for us, if you want to know where you are at what better way to find out? I see no downside.”

Declaring the older players in the panel are “as fit as they have ever been”, Sheedy is buoyed looking ahead to the season.

“We feel there is another level that we can play to and we know we will have to if we’re going to be competitive in this year’s Championship but that’s the challenge and we’re relishing that challenge.”

Sheedy believes Tipperary suffered last year with players unable to rehab injuries following tough club championships: “They were nearly coming into me broken down. It was just too short a time for me to get them right. I’m not making excuses, we were simply below the curve last year and below our expectations and we have a chance to put that right now.”

A back injury will rule out Seamus Callanan from the early part of the Division 1, Group A campaign while Billy McCarthy is not expected back until July as he returns from his third cruciate injury.

Tipperary will announce their captain for 2021 this Friday evening and it is expected Callanan will be succeeded. Noel McGrath was vice-skipper last season.