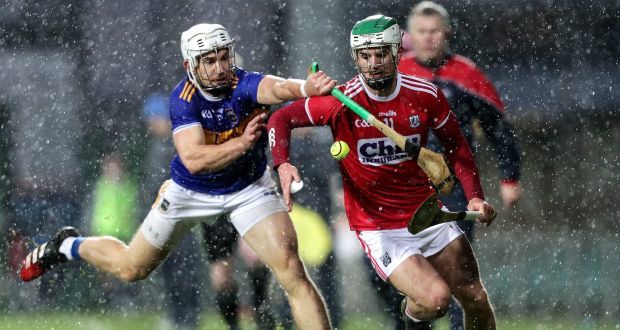 In just a fortnight the intercounty hurling season starts again.

Unlike last year when it all played out in mid-winter, there will be a reversion to 24 years ago when the league was largely played in the summer – the divisional matches not wrapping up until June.

In late April and May, the crowds were out in force for matches blessed with fine weather. Hurling is by consensus a different game in the summer.

Ger Loughnane reflected on this after Clare’s breakthrough Munster final win against Limerick in 1995.

“The day we lost the league final [against Kilkenny] I knew we had to make three or four changes. We had to bring in fast ball players, fellas who can run because in Thurles you have to run.”

He had described the essence of a summer hurler when referring to Ger ‘Sparrow’ O’Loughlin: “The Sparra’s not interested until the ball bounces a foot off the ground”.

For referees as much as players, the stakes get higher. Wexford’s Dickie Murphy refereed the 1997 All-Ireland final and acknowledges the higher bar.

“Come championship time, even fitness tests are different from the league. It goes up another few levels. You have to be a little bit fitter, a little bit faster for championship. The game is the same but there’s more bite in it.

“When I started refereeing it was knockout and if you were gone, you were gone. I refereed the first backdoor final in 1997 but the attitude was the same, regardless. No-one wants to lose a championship game.”

The main ingredient missing is crowds. Hot, sunny days and the stadium heaving with big attendances were taken for granted until last year. Even top Croke Park officials were initially of a view that championship matches would lose something fundamental were there to be no crowds there but eventually we all took what was available.

“This year’s league could be sharper as counties haven’t played since last year,” according to Murphy. “Referees will want to be on their toes. The ball seems to be moving faster and if there are crowds there, which probably won’t happen this summer, is it any easier to referee?

“I’m not sure. It’s still championship.”

Micheál Donoghue managed the Galway team to an All-Ireland in the last year of what might be regarded as a conventional championship – knockout and qualifiers like last year and this year but played in the summer before big crowds – that year’s Leinster final against Wexford drew a record attendance.

He says that the sense of anticipation was a major part of a summer championship.

“What you’d miss about summer championships is the buzz. That transition from league to championship always had an air of excitement. When the county training would switch from Loughgeorge to Kenny Park in Athenry, championship was coming. You could feel it.”

The transition he refers to wasn’t there last year. The league had ground to a halt in February and was picked up later in the year only because Clare and Limerick had been drawn together in the championship and their match could double up as a league final, as they had topped the two groups in Division 1.

Teams had no latitude for trialling last year. Unlike football with its two league rounds for acclimatisation, it was straight into the hurling championship whereas this year it’s the other way around and there are five rounds of league hurling.

Murphy, a former Wexford selector, sees this as creating possibilities, if not conundrums for managers.

“You can rest some of your top guns for the league and try out other players. That will be interesting next month. Will teams throw in new players? Or will they go full tilt? Tipperary are first up against Limerick but will they want to experiment given the recent results?”

That fixture will also reawaken memories of the counties’ monsoon evening in Cork last winter, the rain drifting as thick as smoke around the stadium.

“I know you had matches like Tipp and Limerick last November but the pitches are in such great shape these days that no-one had any real problems. Obviously the fine weather makes a difference but it’s not like we never have wet days during the summer, either –- even like Limerick-Tipp.”

The best pitches aren’t however indestructible. Even Croke Park just about got away with it in time for the All-Ireland finals.

Ultimately who benefits from this?

Limerick’s physicality was a help in the heavier conditions last winter but Micheál Donoghue says that’s a misleading analysis.

“Limerick were able to use their physique last year but I don’t think it’s accurate to paint them that way. They’re very skillful and their hurling is excellent as well as the physicality and athleticism. They can play it any way you want.”

That’s a highly desirable trait when the championship pivots from mid-winter to high summer in the space of a few months.