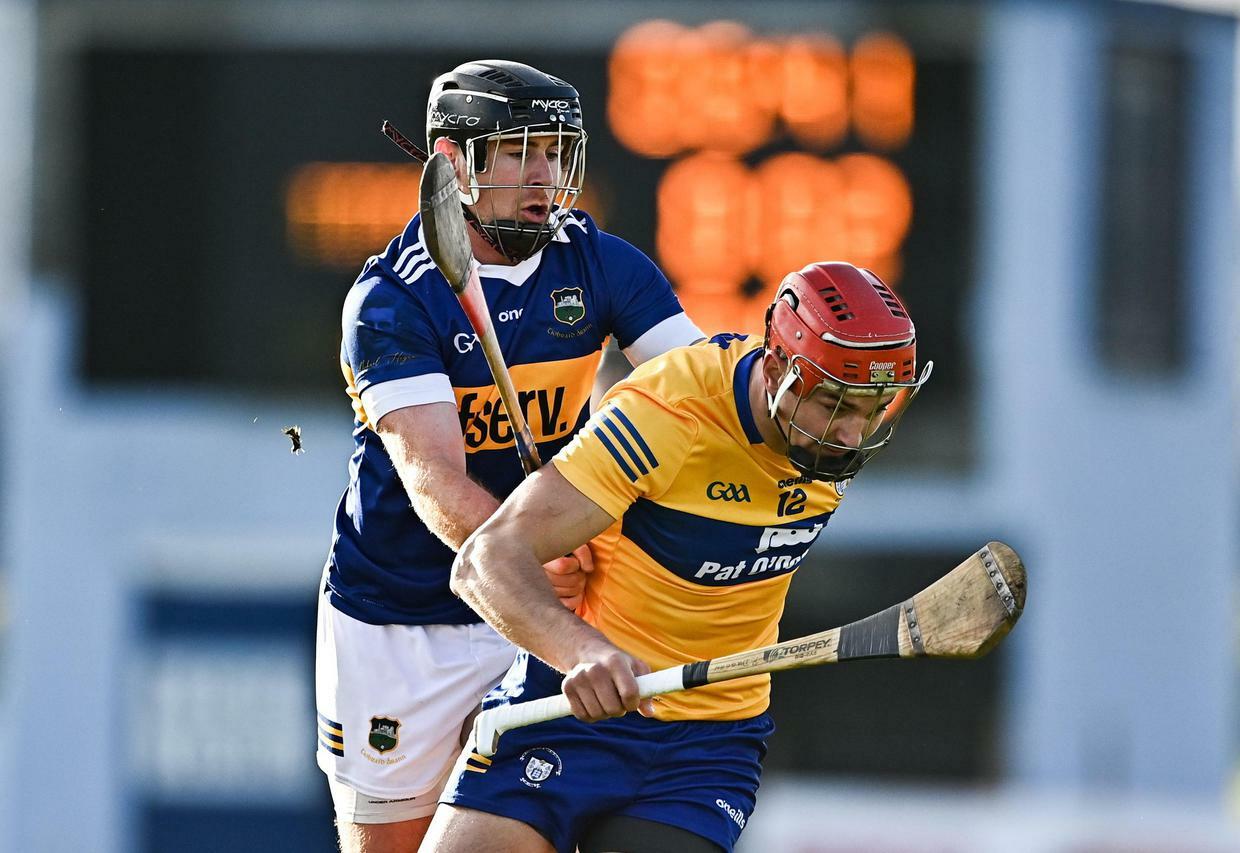 It was a triumph warmly applauded by the majority of a near 3,000 strong attendance at MacDonagh Park, this being the Premier County’s first victory since defeating Antrim in a National League game last March.

A clinical 53rd minute penalty conversion by substitute, Jason Forde, gave Tipp the distance they’d been chasing all game. Just four minutes earlier, the Silvermines man had been denied from the same position by a terrific save from Clare goalkeeper, Eamonn Foudy.

Tipp looked goal-hungry all day, the switch of Seamus Kennedy to a half-forward position providing them with impressive physical presence in an attack that also produced impressive performances from Gearoid O’Connor of Moyne-Templetuohy and Sean Ryan of Templederry-Kenyons.

Both sides fielded selections that mixed the hopeful with the established. Such is the nature of January hurling, everybody looking some distance beyond what unspools directly before them.

Playing into a stiff wind, Tipperary adjusted to the tricky conditions quicker and found early purchase in running at an inexperienced Clare half-back line. The Banner goalkeeper, Foudy, saved brilliantly from Alan Tynan after a sweeping Tipp move in the sixth minute.

But the warning signs were always there for Clare, for whom Mark Rodgers and Robyn Mounsey clearly had the better of their markers at the other end.

They led accordingly by 0-8 to 0-6 by the 24th minute when another sweeping Tipp move finally brought the breakthrough goal, Templederry Kenyons’ Sean Ryan nailing a smart, low finish to the Clare net.

Clare should have had a goal themselves just three minutes later when Bryan O’Mara was black-carded for hauling down Davy Conroy. But Peter Duggan’s resultant penalty was brilliantly deflected over the crossbar by Tipp ‘keeper, Barry Hogan, allowing the home team get to the break on level terms (1-10 to 0-13) despite having played into that serrated breeze.

Tipp were broadly in control thereafter though three Diarmuid Ryan points between the 48th and 52nd minutes did keep Clare stubbornly close on the scoreboard until Forde’s penalty conversion.

A delighted Cahill reflected afterwards “Delighted to see the big Tipp following out today. Absolutely thrilled to see the Tipp people back, supporting the lads again.”