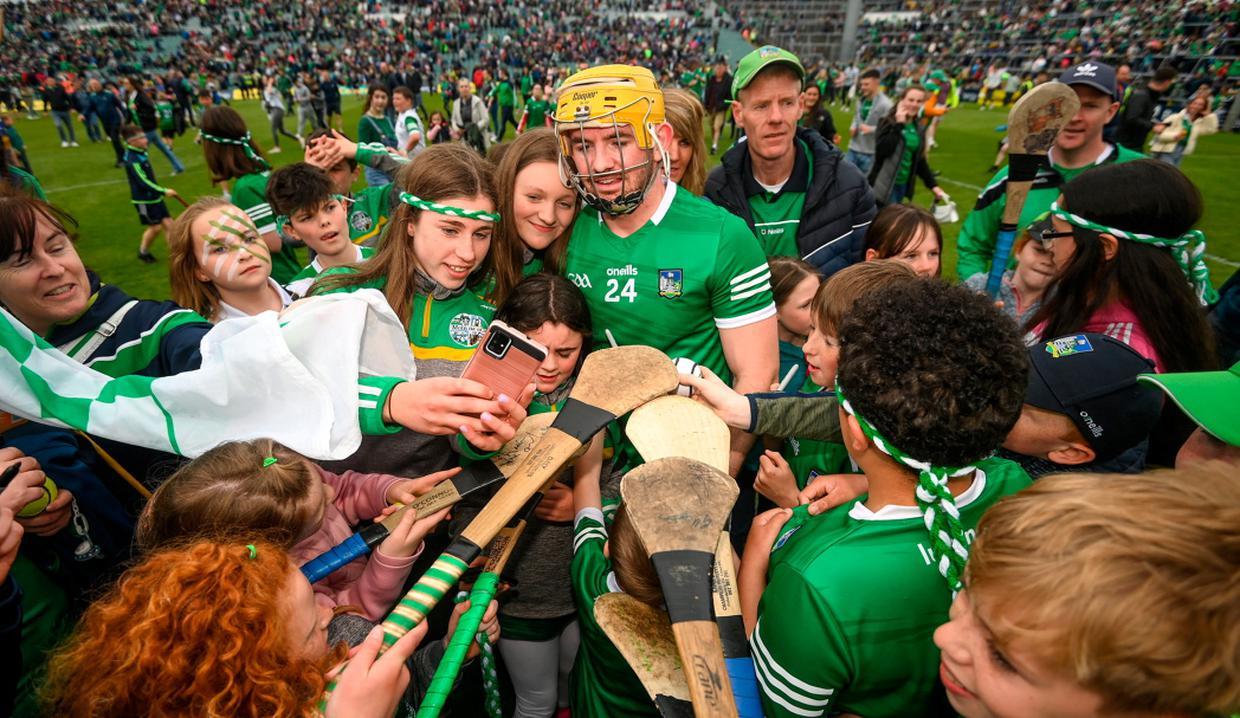 A late scoring burst secured red-hot favourites, Limerick, their place in this year’s Munster final but they were given the fright of their lives by a defiant Tipperary at the TUS Gaelic Grounds.

The All-Ireland champions could only breathe easily after late goals from Conor Boylan (69th minute) and Aaron Gillane (71st minute) edged them clear of a Premier county team now effectively out of the championship with a game still to play.

But Limerick were extremely lucky that Gillane was still on the field at that stage, having received just a yellow on the hour for what looked a wild pull across Tipp captain, Ronan Maher.

Seldom have Tipp gone into a Munster championship game as such heavy underdogs and it soon began to look as if the prevailing gloom around this team wasn’t unjustified.

We were just in the eighth minute when Gillane caught a Diarmuid Byrnes delivery over Seamus Kennedy’s head to fire an almost desultory Limerick goal that put the All-Ireland champions 1-4 to 0-3 ahead.

But Tipp’s work-rate across the field was unrecognisable from what had been witnessed in their previous outing against Clare and, given a roving role around the middle, Ger Browne was presenting huge issues for an assortment of markers in green.

The Cashel man had a quick 0-3 on the board, Limerick struggling to tie him down given his constant movement between midfield and the attacking lines

Tipp were pushing up on Limerick’s puck-outs, creating a pressure zone for opponents finding it difficult to get Kyle Hayes into the game too, Ronan Maher tracking him out the field after the Kildimo-Pallaskenry man had started on the edge of the ‘square’.

By half-time, Limerick’s revered half-back line looked severely discommoded, Tipp arriving at the break with an unexpected 0-14 to 1-9 lead.

Noel McGrath was nailing his frees while Cathal Barrett was coming to grips with Gillane having, strangely, lost him for that early Limerick goal.

Most unusually, Limerick arrived at that break with nine wides to their name, the likes of Gearoid Hegarty and Tom Morrissey looking off colour while Tipp’s middle-third overload had Will O’Donoghue and Darragh O’Donovan looking overworked in midfield.

Tipp might even have had a 26th minute goal when Michael Breen got on the end of a Jake Morris–Barry Heffernan move only to shoot under pressure from Barry Nash, his effort easily saved by Limerick goalkeeper, Nickie Quaid.

There was a palpable hum of anxiety in the big Limerick crowd as the teams went to their dressing-rooms, Tipp two points up and performing at a level just about nobody had anticipated.

And Colm Bonnar’s men continued to hang tough after the resumption, arriving at that hour mark still two points ahead (0-20 to 1-15) and with their opponents struggling to contain the Premier’s ferocious work-rate.

But then, in true champion style, an unanswered five points scoring burst between the 61st and 66th minutes pushed Limerick a goal clear.

Gearoid Hegarty then fielded Barry Hogan’s puck-out from the last of those scores and passed up to substitute, Seamus Flanagan, whose cross to Boylan was initially missed only for the Na Piarsaigh man to fire one-handed to the Tipp net.

Just seconds later, Gillane had his second goal following a long delivery, the big Limerick crowd in a 27,141 attendance roaring their heroes home after a contest that proved far more quarrelsome than most people had anticipated.

After the defeat by Limerick, Noel McGrath spoke of neve...